is drinking your own koolaid, consuming your own product, believing the wishful thinking that underlies your most serious predictions. Like this. Just like in catastrophic AGW, there’s one single chart that belies all the claims as to how “well” the “stimulus” package did. Its a damning chart. Here it is. 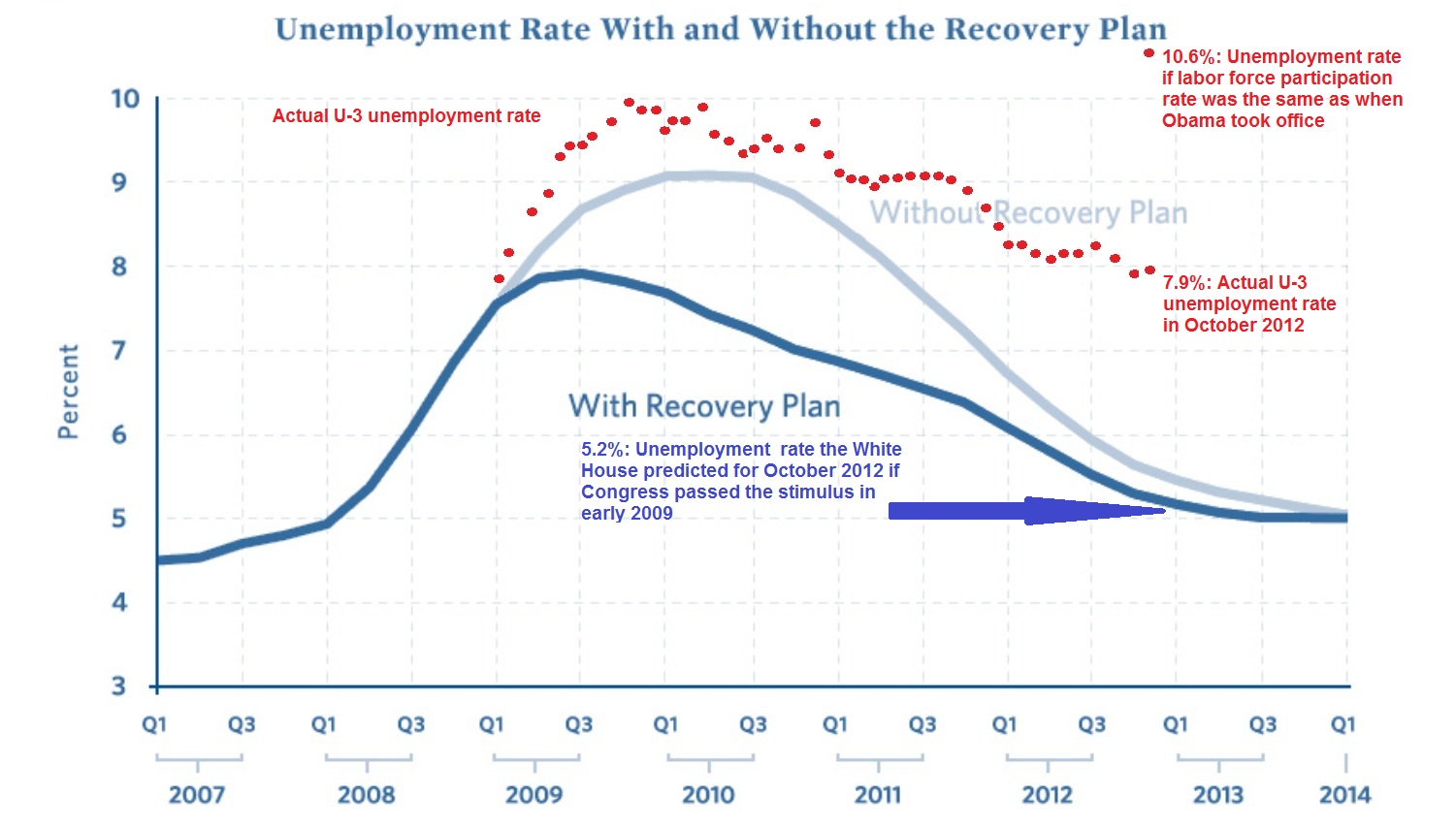 And worse, if you look at how the recovery compares to others … its not going very well at all. Sadly, as with other comments I’ve made earlier, there are no silver bullets for this either. No magical pixie dust, or seeds that grow economies. Some times you have to grin and bear it, knowing that the Sun will rise tomorrow, and you can start rebuilding when the time is right. On the 6th of November, eligible US voters will go to the polls. And hopefully … hopefully … vote people in whom have a clue as to how economics and policy intertwine. And hopefully fire the bums who don’t. Because elections have consequences, we have to be aware, painfully aware, of the consequences of implementing bad policy. Unlike in the UK and other parliamentary systems, we can’t fire the bums when we need to. We have to wait for 2 year intervals to fire the house members, 4 year for the presidency, and 6 years for Senators. Its not about ideology. Its about making sure the engine of the economy can start hitting on all cylinders without so much crap raining down to fund someones ideological vision. Its making sure we don’t erect barriers to growth, hiring, by adding new uncertainty, new and unknown costs to hiring. Its a very stark choice, and we don’t have great options to choose between. I think one of the two is definitely better than the other. And I think that even voting specifically against the worse candidate is a viable option for those who could not stomach voting for the better candidate. As I noted, elections do have consequences. We have to choose wisely, as our choices come so infrequently. Presidents and governments do not create jobs. But, by their actions, they can clear the way, or hinder the path to creating them. Business leaders, small and large, have weighed in on this, not just in rhetoric, but by their actions. Most are waiting out the election to see who wins. One path may lead to more sensible governance, the other (and same path we are on) won’t lead to that. I don’t expect them to honor all their promises. I do expect that they will do no harm. And if they do, they shouldn’t expect a second term. That’s our choice. Its simple, its stark. And it has profound consequences if we get it wrong.