On my vacation in NY recently, I happened to be able to tick off another item on my bucket list. There’s some background to it, but here’s the pics. 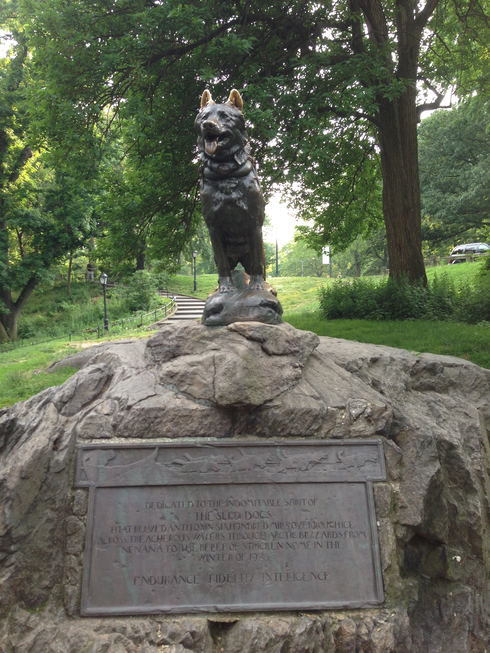 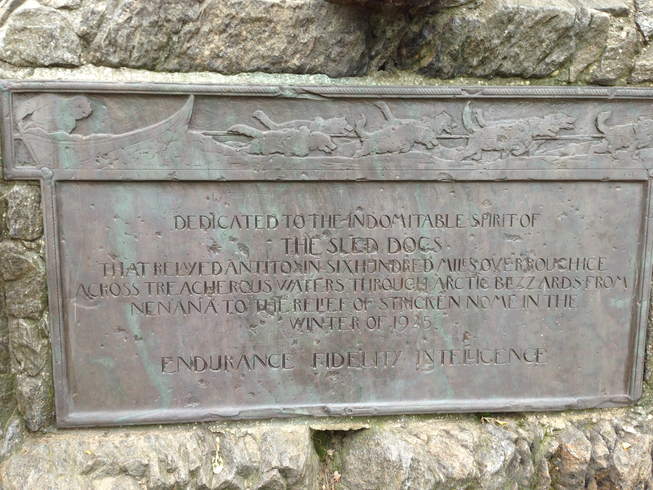 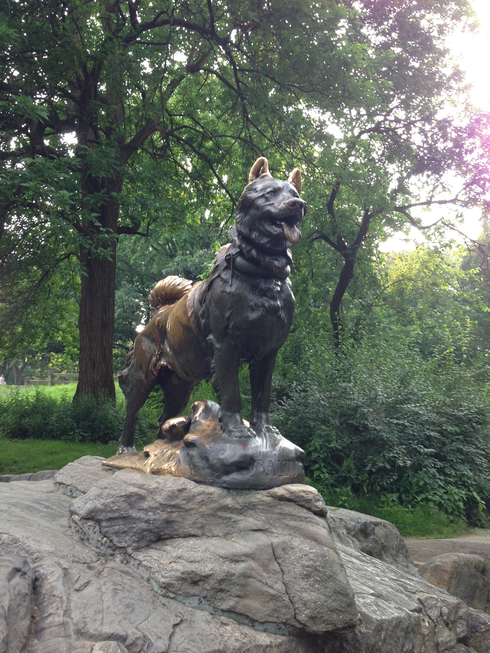 The background to this is a short story I’ve been working on for a while. A near future serum run in effect. Should be done very soon, though I’ve been working on it in very short bursts. I had a recent spell of good luck in my writing by finding “The Cruelest Miles”, which helped me immeasurably in some of the background research, and also confirmed a few things I had guessed. The story of what happened would have made a terrific movie (no, not the animated “Balto”). Its pretty humbling to realize that in an era of ever advancing technologies, that sometimes solutions not based upon ‘the latest and greatest’ may be what is required to get the job done. There was controversy around the statue pictured, in part because the dog they immortalized, Balto, wasn’t the only one running, and happened to be the lead dog on the team that made it into Nome at 5am. Yet in their infinite wisdom, the press of the day simplified a complex system with many people, and a huge number of dogs, down to Gunnar Kaasen and Balto. Its quite arguable that Leonhard Seppala was the real hero of this run, as he and his dog Togo drove the longest and hardest portion of the run. The title of the “Cruelest Miles” comes from a letter of recognition sent by Ronald Reagan to the 3 surviving members (at the time, the last one passed away 14 years ago) of the teams recounting how “Together with 19 others, you traveled across some of the world’s cruelest miles to accomplish the impossible– and you did it in the name of humanity.” Reading the text, about 50 below zero temperatures, before the wind chill, and gale force winds, blinding snow, really gives you a sense of what they went through. Imagine being outside in temperatures and conditions that they were in. Almost 90 years ago. Without the benefit of our modern conveniences. While the statue is of Balto, I think it really represents all of the dogs on that journey. This statue represents not just Balto, but Togo, and all the survivors, and Cub, Bear, Jack, Jet, and every other dog that died on its way to preventing the epidemic in Nome from spreading. As is often said during our memorial day observances, all gave some, and some gave all. The story I wrote is set in the near future (sometimes called an future history or alternative or speculative future history), about an epidemic, a lunar base, atmospheric re-entry. The protagonist starts and ends the story, standing about where I was when I took that picture. My bucket list item was wanting to see this for myself. Check.